Michael Mastro in the News 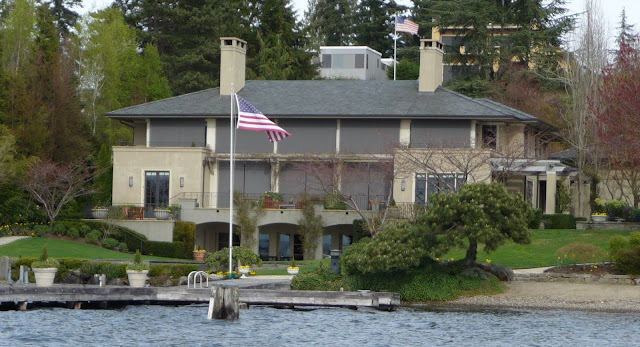 Mastro’s Former Medina Mansion Sold for $9.1 Million
Michael Mastro is back in the news. The Seattle Times 4/6/11 article stated, “Judge Marc Barreca turned down a bid by the guardian for the now-incapacitated Mastro to pay her, and her lawyer, from funds administered by Mastro's chief adversary, court-appointed trustee James Rigby.” Further details are in the article. The Mastro bankruptcy, with debts of $570 million, is the largest in Washington state’s history. Many “family and friends” lost their fortunes when his commercial real estate investment funds failed. Mastro was incapacitated following a head injury from a fall in his Palm Springs home two months ago. More information about Mastro and his former Medina Mansion is in previous posts on 11/10/11, 10/11/10 and 11/12/09 and Lake Washington 130 Homes on page 126.
Posted by David Dykstra at 11:34 AM