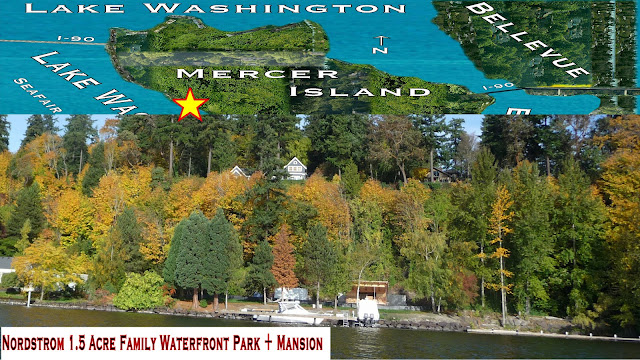 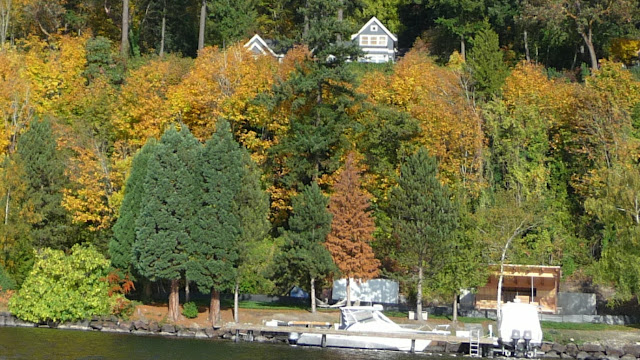 This is the site of the Nordstrom family private waterfront park. From 1999 through 2009, James F. Jr (Jamie) and Lisa Nordstrom purchased, for $9.1 million, 4 parcels from the George W. Clarke estate and family. The last 3 undeveloped parcels, with 300 ft of waterfront on 1 acre, were acquired in 2008 and 2009. The mansion, up the hill, is 5,140 sq ft. The waterfront has a park-like setting with a recently erected “cabana with deck” structure that looks like it is for parties and picnics. There are docks for multiple yachts and watercraft. It is an ideal setting for family gatherings including Seafair.
Jamie (age 38) is the great grandson of John W. Nordstrom, the founder of based Nordstrom, Inc. He is EVP of the company and President of Nordstrom Direct. Numerous Nordstrom families reside on . They have generously contributed to and supported many community causes.
George W. Clarke was a well-known and respected community and family leader. He served in the state House and Senate from 1966 to 1985. He died in 2006 at the age of 100. He had nine grandchildren, 22 great grandchildren and 3 great-great-grandchildren when he died. This was previously known as the Clarke family private waterfront park. Clarke families still reside in the immediate area.
Posted by David Dykstra at 1:52 PM 1 comment: 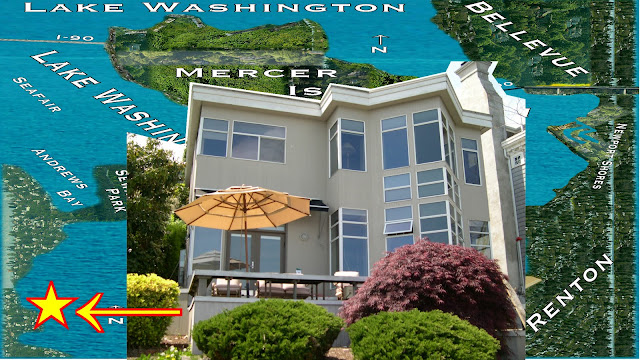 A waterfront welfare recipient, who is living in a $3 million mansion, has been in recent local and national news. ($3 million is my estimated value of the mansion. The appraised value is $1.2 million.)
A KING 5 News post by Chris Ingalls has the most information and a video of the home and story. According to KING 5, Lyudmila Shimonova, who has received $135,000 in government (Seattle Housing Authority and HUD) housing assistance, has lived in the mansion since 2003. The mansion is owned by doctor David Silverstein. The KING 5 article stated, “ . . . Shimonova identified [Silverstein] as her landlord when she filed for housing and cash assistance and food stamps. Government investigators believe Silverstein and Shimonova are actually married and that they live together in the lakeside house. . . . [government] Inspectors [annual inspections] . . . never reported any suspicion about fraud, according to the Seattle Housing Authority. . . Neither Shimonova or Silverstein has been charged.” The mansion has 53 feet of prime waterfront with a dock, boat and fantastic views of 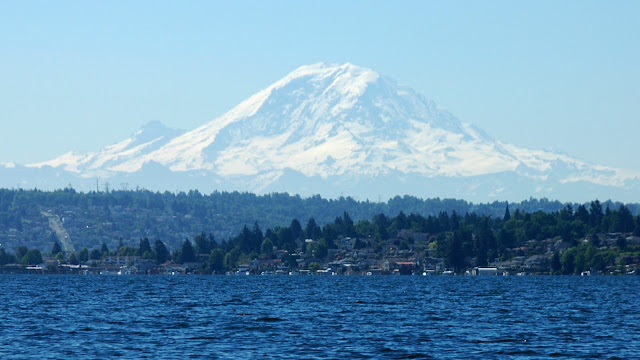 from Mansion
Posted by David Dykstra at 3:24 PM 1 comment: 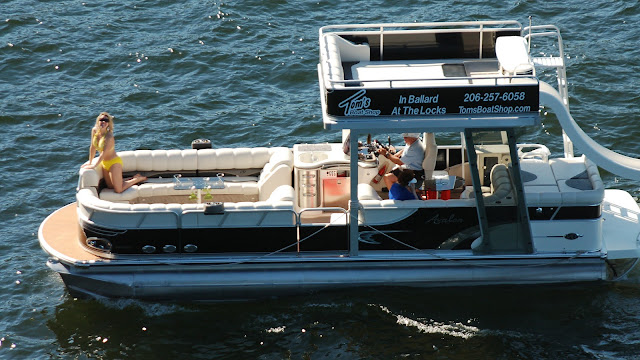 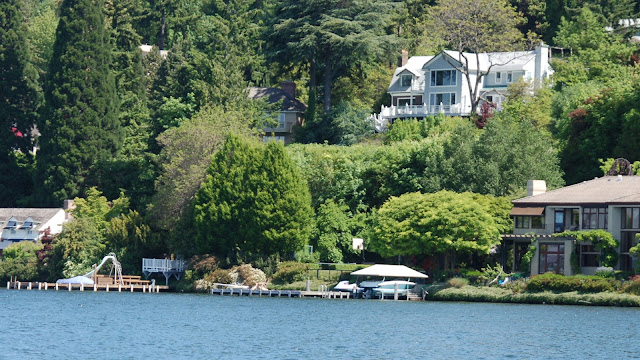 Those are Susan’s and David’s – not Lenny’s. (More information on our boat and home is on the Happy Hours blog.) We are NOT related to Lenny Dykstra! I’ve often been asked if I am related to him. I liked it better when he was a baseball superstar.
Lenny, a former star with the New York Mets and Philadelphia Phillies, was sentenced yesterday in to three years in prison. He pleaded no contest to grand-theft auto and providing false financial statements. He had previously pleaded not guilty to 25 charges including indecently exposing himself to females he met on Craigslist and possession of cocaine, Ecstasy and illegal synthetic hormones. You can read more in almost every major news publication, including Sports Illustrated/CNN.
Posted by David Dykstra at 9:36 AM No comments: