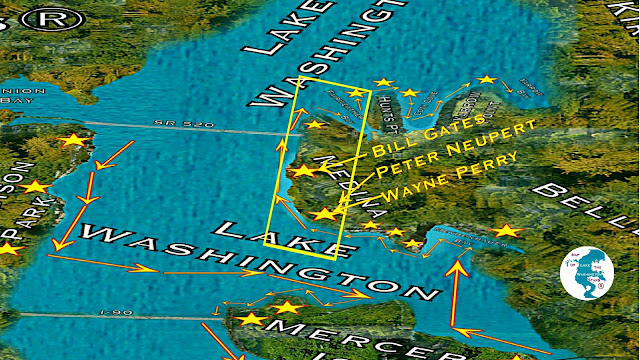 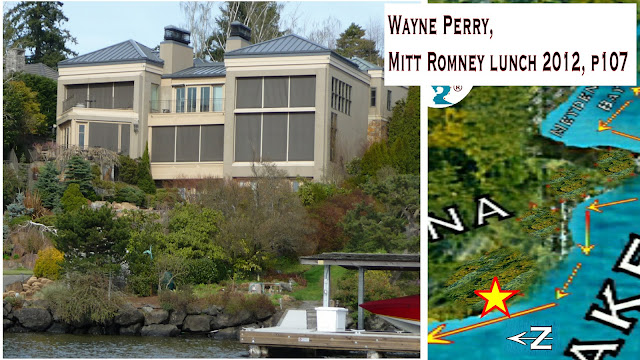 Presidential Candidate Mitt Romney attended fund raisers in on . The evening $25,000 per person event was at the waterfront and Christine Perry. More information, including a video, is in KING-5 news.
Wayne is National President of the Boy Scouts of America and former President of McCaw Cellular and a co-founder of the Seattle-based Monroe & Perry law firm which evolved into the prominent Stokes Lawrence firm. He was a Cub Scout as a young boy and has been involved with the Boy Scouts of America ever since. Previous Boy Scouts positions include president of the Chief Seattle Council and president of the Western Region. He was named International Commissioner in 2006 and National President in 2012. He also has an ownership interest in the Seattle Mariners. The mansion is 9,450 sq ft on 0.7 acres with 92 feet of waterfront.
An earlier in the day event was held at the , a former Drugstore.com and Microsoft executive. He hosted a similar event in the 1990s for President George W. Bush. Neupert’s mansion is north of Perry’s and on but not on the water. The mansion is 8,000 sq ft on 5.4 acres which is one of the largest lots in . Both mansions are south of Bill Gates’ campus.
Posted by David Dykstra at 5:28 PM